By Rafael Caviedes – Consultant and academic.

Innovative formulas are needed to promote advances in equity and move us away from “same old, same old” proposals, especially if they involve reinforcing the idea of a larger state bureaucracy in
managing a new Universal Healthcare Plan. The recovery of patients is closely tied to satisfaction with and perception of quality healthcare service delivery. Aside from ideological positions, there are no arguments public-private collaboration in healthcare.

I share Dr. Osvaldo Artaza’s opinion in his column referring to the reform of FONASA in this same newspaper, where he celebrates the opportunity for serious debate. He then proceeds to share his aim in promoting all improvements to this reform and his support for the idea that Chilean healthcare services will benefit from a single public insurance program – a guaranteed Universal Health Plan. I also support his favorable opinion for the need to modernize the governance model for public healthcare facilities, but I strongly disagree with his proposal that any FONASA reform should promote the disappearance of ISAPREs, which means – without doubt – the elimination of workers’ freedoms to substitute private insurance for state services, condemning private providers to prolonged and deep uncertainty.

In response to his call for debate, I’d like to point out some key facts:

• Public healthcare, which serves 78% of the population, is 75% financed from fiscal contributions, i.e. from general taxation and only 25% from member contributions.

• Since 2000 the per capita State financial contributions have grown fivefold.

In short, it is time to offer patients a solution to their growing needs, devoid of the ideological burden that today prevents proper and efficient public-private collaboration. It is well-known that the budget for healthcare will have to increase. The problem is how those resources are to be used. The right incentives should be established and aligned with the country’s healthcare programs to enhance the creation of value, improve customer satisfaction, quality and timeliness of medical services. Otherwise, in breaking the thermometer and restricting or eliminating private involvement and creating a single state health system for Chile, the remedy will be worse than the disease.

From the above, the desired “per capita equity” to which Dr. Artaza alludes already exists, but with a much higher productivity, intensity and quality of private services!

In practice, although Dr. Artaza does not accept these facts the last 20 years has seen a huge increase in the state’s share of healthcare spending and it is clear that this will continue to increase, so it is a priority to focus on healthcare delivery efficiency and productivity.

Those who have designed public health policies over the last 20 years have mistakenly assumed that a budgetary increase will be sufficient to improve the results and quality of services, without a need to modify hospital management models, competition, incentives, freedoms for people to choose their healthcare providers and to allow public facilities to ensure the rights of patients with efficiency.

The unfortunate thing is that this has not happened and that a significant portion of the state’s personal and financial effort has gone to waste. This can be observed when viewing the data on the evolution of the country’s state of health in terms of productivity, waiting lists, frequency of hospital crises, indebtedness and in the results of patients’ satisfaction surveys, all of which have deteriorated, as summarized below:

a) A study, conducted by Professor Nelson Saldías, from the UNIVERSITY OF BÍO BÍO, reviewed the status of five pathologies of the 180 thousand hospitalizations in 2017 – appendectomies, caesareans, cholelithiasis, prostate tumors and inguinal hernias. The public system had an average of 3.6 days of hospital-stay, versus 2.1 days for patients of the private system. That is, private patients spend an average of 1½ days (42%) less time to resolve their respective treatments. Seen in another way, the public system has a productivity of 100 patients per bed per year, versus 174 in the private system. Something similar happens with regards to the rates of medical consultations, in which the private sector shows 32% more, 27% more surgical interventions and highly complex imaging, where the difference is off the charts.

b) Another study by the NATIONAL PRODUCTIVITY COMMISSION shows that the use of surgical pavilions in public hospitals is at 53% of their capacity – i.e. 47% idle – in addition to significant variability in the quality of services delivered.

c) Various satisfaction surveys show that users of the state healthcare system are less satisfied with the services they receive, despite the unprecedented injection of financial resources. This situation is confirmed by Dr. Marcos Vergara, director of an important public hospital, in his COOPERATIVA newspaper column, who said: “There are many millions of dollars that are not used or wasted and that are there, with efforts made by all of us who religiously pay our taxes and contributions.” That is, clearly more State funding has not led to better services for the people.

d) Given that improved healthcare is a recognized State priority, the National Health Survey in 2018 shows that rates of obesity, diabetes and other diseases derived from the metabolic syndrome – high blood-pressure, glaucoma, obesity, high cholesterol, among others – have worsened in the population, along with rates of AIDS and others, confirms the failure of the State in controlling and preventing pathologies that, in the near future, will have a serious effect on our national state of health.

The question is, then, why insist on more of the same? The proposal to which Dr. Artaza adheres in his column, that of a “single state health insurance… with priority attention in the public healthcare network”, can only mean an increase in the size of the problem and “breaking the thermometer”.

With this, were Chile to only have one health insurance with centralized state administration it would curtail any chance of having a robust private system that acts as a mirror and facilitates the comparison of costs, results and quality of services between the public and private sectors .

Moreover, a simple mathematical calculation shows that, given the state system is financed with over 75% by fiscal resources, in taking in over 3.4 million more Chileans, currently covered by the ISAPREs, the resulting per capita funding will decrease given these resources will need to be spread across more people (leaving aside the loss of the voluntary contributions paid today by 1.8 million ISAPRE members), in addition to having to pay more expensive sick-pay benefits, without the tools to control and collect health contributions, which are prone to evasion and avoidance, with less efficiency than private insurers, since they charge a price, not a percentage.

Those who are misplaced in promoting a single state health system have also not considered the economic effects that the merger of both systems would have on a single state administrator, which include:

a) captivity of the entire population in a single public service, scrapping any possibility of choice;

b) loss of the natural competition that exists today, a true thermometer that has facilitated demands for improved results when users can weigh up the services delivered by public and private systems;

c) creation of a huge monopsony (sole buyer), subject to political capture and which will limit the action of the private initiative in defining prices and conditions for all suppliers;

d) public services are currently unable and likely will remain unable to handle the 3.4 million new Chilean members with their high expectations of healthcare services; and

e) without a doubt the most serious consideration, the loss of the impetus of the private sector in advancing and investing in innovation, services, technology and modernization of medical and insurance services.

Today, with the private sector, as a minimum there is the ability to take the temperature of both systems, compare them, collaborate, generate challenges and incentives and give the possibility of choice to workers in Chile.

Contrary to Dr. Artaza’s proposals, innovative formulas are needed to promote advances in equity and move us away from “same old, same old” proposals, especially if they involve reinforcing the idea of a larger state bureaucracy in managing a new Universal Healthcare Plan. The recovery of patients is closely tied to satisfaction with and perception of quality healthcare service delivery. Aside from ideological positions, there are no arguments public-private collaboration in healthcare.

Therefore, individuals should be allowed – regardless of their earnings, sex, age or health status – to choose an insurer that best satisfies the delivery of their cover, which clearly need not be that of the State. To do this, there is a need to:

a) establish a financing mechanism through a risk compensation fund so that people can choose between various competitive options, whether public or private;

b) consolidate public and private multi-insurers, that guarantee everyone free, fair and dignified access to medical benefits delivered through regulated universal coverage and supplementary benefit plans;

c) generate information mechanisms and comparison of clinical results of public and private establishments, so that people can make informed decisions;

d) reform the governance of the state healthcare network, both hospital and primary care, and thus correct its vices and deficiencies;

e) free up the Ministry of Health from the management of the network, with a new, autonomous, decentralized institutions, which will enable progress towards a modern system of administration and provide better tools to execute its functions in matters of health and financial control; and

f) explore various public-private systems/models of collaboration, such as contracts drawn from populations, comprehensive hospital concessions and purchase of value-based medical solutions, among others.

In short, it is time to offer patients a response to their growing needs, devoid of ideology that today prevents proper and efficient public-private collaboration.

It is well-known that the budget for healthcare will have to increase. The problem is how those resources are to be used. The right incentives should be established and aligned with the country’s healthcare programs to enhance the creation of value, improve customer satisfaction, quality and timeliness of medical services. Otherwise, in breaking the thermometer and restricting or eliminating private involvement and creating a single state health system for Chile, the remedy will be worse than the disease. 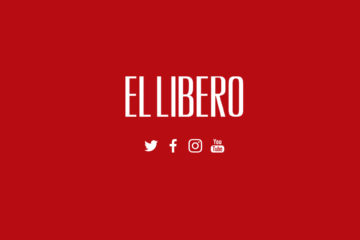 Is our health system getting sick?